Is there a separation between the body and the mind? In the 17th century René Descartes created the fundamental element of Western philosophy by claiming that our ability to doubt and think proofs the reality of our own minds, the essence of our being. Descartes also proposed that the mind and body were two separate and distinct entities. However, the body was not so certain a thing as the mind, because, like everything else in the world, the body could only be sensed because there was a mind to sense it. From then, the Western dualistic thinking had one more counter partner: The mind and the body.

The dualistic thinking and the belief in the almighty ration of the mind lead the way not only to the development of the analytical philosophy but also to the philosophy of mind and science. By the mid 20th century, human ration had developed so far that it was able to develop a computer. The function of this powerful machine was considered as a reflection of the human mind, which was nothing but a vast network of neural connections. Neuroscience lays its foundations in this logical view to the human brain.

Meanwhile, in the early 20th century, a German philosopher Edmund Husserl worked with his theories of human experience creating a whole new field of phenomenology. For him, lived embodiment was not only a means of practical action, but an essential part of the deep structure of all knowing. French philosopher Maurice Merleau-Ponty developed further the theories of embodied experience, starting from studies of perception. He argued that the traditional philosophical views could not explain such experience because of its two flawed alternatives: empiricism and intellectualism. Therefore, perception, bodily movement, habit, ambiguity, and relations with others deserved to be understood with the means of phenomenology.

Meanwhile the isolated discussions of human mind, embodiment and human experience stayed vibrant in the Western academic world, the oriental views to existence started to gain grace among the Western population. These Asian wisdom teachings do not have the burden of the Western dualism. Rather, they approach human existence with holistic and harmonic view, in which a human being is just a fraction of the universe. In oriental teachings, spirituality, embodied practise, and wellbeing through natural medicine are in unison aiming for harmony between sentiments, thoughts and actions, and the environment. Maybe, the holistic view free from juxtapositioning caught the attention of the Western people. The mind, body and health were aligned with embodied training and meditation in both Indian (yoga, kalarippayattu, Ayurveda) and Chinese teachings (chi kung, kung fu, Chinese medicine).

The ultimate creation of the Western ration, neuroscience, is questioning the traditional Western dichotomic view. Over the decades, the focus of the neuroscientific studies has gone from ration to emotions – and recently ended up to embodiment. Indeed, the processes of ration, emotion, social bonding and embodiment seem to be densely interwoven in the brain. Therefore, neuroscience is starting to speak for the holistic view, in which the creative movement and cognitive neuroscience form two sides of the same coin. 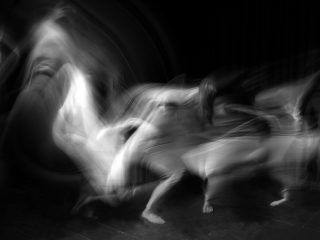 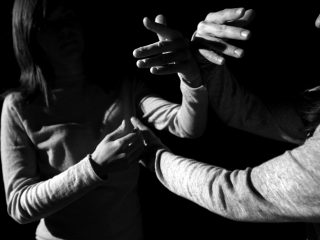